Countless things have changed during the pandemic, including people’s work lives. A new phenomenon has swept the United States and other nations; it is called The Great Resignation (or The Big Quit). The Great Resignation is a movement of people quitting their regular 9-to-5 jobs that are shifting back to an in-person environment. 4 million people in the United States have quit their jobs back in April 2021, and the number is said to continue growing beyond. It is said that resignation rates are the highest amongst the tech and healthcare industries and amongst people in the mid-period of their careers, although people from all industries in combination are resigning. This is a number of resignations that has not been seen ever before in previous decades, and this will inevitably change everything from how business of all sorts is conducted to how we live our lives. This is already being shown in product shortages that caused businesses to close.

The reasons for resignation varies greatly. Some people have resigned because of anxiety surrounding COVID-19 and because remote work pays them off in ways that in-person work cannot like the opportunity to be closer to family, saving money and time not commuting, and feeling more productive doing work from home. Others resigned for better pay and better working conditions such as those in the food service industry. More others have quit because they needed a break from burnout and to switch careers. All of these and more are valid reasons for why The Great Resignation has occurred and is continuing to occur.

Many say this was inevitable because of the gratuitous time we had for self-reflection during the pandemic along with worries about inflation and rent increases. Indeed it was, as back around March 2021, there was a YouTube video titled “i don’t have a dream job” by Lynette Adkins. Adkins talked about how nobody should be wasting their lives away at “soul-crushing” jobs that do not recognize your value to the companies that you work for and that do not help your personal growth. Lynette Adkins has also documented herself before and after quitting her marketing job for Amazon to pursue YouTube fulltime, and this spawned a train of other YouTubers making the “I don’t dream of labor” or “I don’t have a dream job” taglines a trend.

Employers are surely the ones being the most affected by The Great Resignation because of understaffing issues due to the abundance of open job positions. Since employers are desperate to fill these open roles, businesses are attempting to attract back ex-employees or prospective hires by way of higher wages, offers of fulltime remote positions, testing out four-day work weeks, and giving week-long breaks so that employees stock up on energy.

Virtually everyone is being affected by The Great Resignation, including college students. The conversation of whether college as a whole is worth it or what specific college degrees are worth more than others have been around for a while, but with The Great Resignation, these conversations are being re-had and re-illuminated. The conclusion being arrived to is that the future is not set in stone, and people can take their life/career paths in many directions. Some may feel that because a lot of people are resigning from their jobs that they could drop out of college too. This answer can look complicated for everyone, but The Great Resignation might make college students feel like it is becoming more socially acceptable to pursue non-traditional degrees and non-traditional life/career paths. It may have taken a pandemic for lots of people to develop the courage to hit the send button on their resignation letters, but at least, we are not alone in these massive changes. 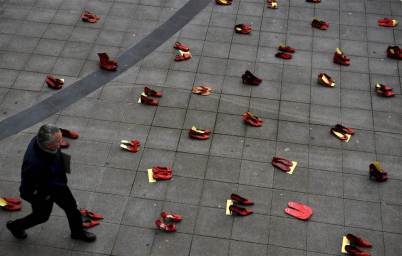 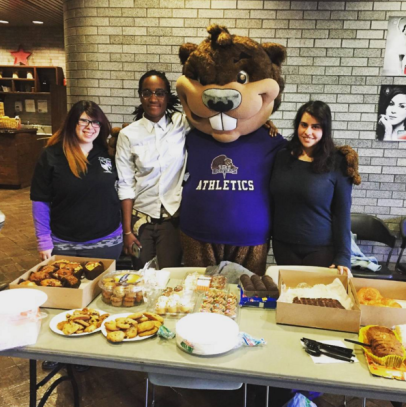